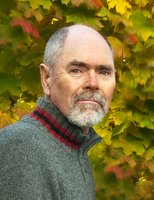 On Thursday, February 13, 2020, Donald Edward Lake, loving husband, and father, passed away peacefully, in London, at the age of 80.  During his yearlong battle with cancer, he navigated the journey with dignity, courage, and grace.

Don was born on April 24, 1939, in Perth, Ontario, to Percy and Myrtle Lake and was raised in Sharbot Lake, Ontario.  He is survived by his beloved wife of 55 years, Natalie, and his cherished daughter, Miranda.  He leaves behind his much-loved son-in-law, Drew (Thompson) and his “good buddy” and grandson, Sawyer, who affectionately called him “Piper”. He will be missed by his 3 brothers, Norm (Nickie), Alvin (Dianne), Pete (Fran) (Betty, predeceased) and many nieces and nephews.  There was a special place in his heart for his California family, sister-in-law Vera, Hank, Harry, Sonia (Ken).

Don graduated as a teacher from the University of Ottawa and earned his MA at Lakehead University.  He was granted a Canada Council Fellowship for 4 years of post-graduate studies at the Shakespeare Institute, University of Birmingham, England.  His teaching career continued in Canada at Mount Allison University in Sackville, New Brunswick.  He eventually retired in Sudbury, Ontario, after several years as a part-time English Professor at Laurentian University and 25 years as an English Professor at Cambrian College.

Don enjoyed life and adventure.  During their 4 years in Birmingham, he and Natalie toured and camped throughout Europe on their Honda motorcycle. Don ran a number of marathons and cycled Scotland alone several times.  He enjoyed the outdoors and canoed the Missinaibi River and the Moose River up to James Bay with his family. Don enjoyed the many adventurous trips he took with Natalie.

Don had a love of music.  He played the fife with the Fort Henry Guard and was a bagpiper with several pipe bands over the years.  For the past 10, he felt honoured to be part of the Sudbury Police Pipe Band.  Don was a bluegrass fan, played guitar and worked on learning the mandolin.

Don also enjoyed great literature, collecting books, history, and was passionate about learning Spanish.  Don studied family genealogy and would often take long backroad drives through Perth county exploring historical family homesteads.  Don was a kind and gentle person who enjoyed spending time with family and friends. There was nothing he liked better than an interesting conversation with a good friend, new or old.  His dry sense of humour and intelligent wit will be missed.


In the end, Don was comforted by the love of his family, listening to his favourite Bach cello music and holding Natalie’s hand.  In lieu of a funeral, Don has asked that his family gather in his honour for a reunion along the shores of Sharbot Lake.  Children will be playing, there will be canoes in the water and good friends sharing stories from the past.  Exactly as he would have liked it.

Don was deeply grateful to Dr. George Kim and the nurses and staff at the Parkwood Palliative Care Centre for the respectful, loving care extended to him and his family.