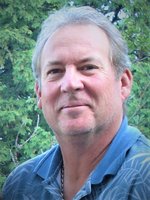 Tim was born in London, Ontario and raised in the countryside in Delaware Township where his love for nature and the outdoors started. In 1974, he joined the Red Cap North American International Racing Team based at the Delaware International Speedway, and had the privilege to work with Canadian race car drivers Norm Lelliott and Earl Ross. He entered the cable tv industry in 1979, starting from the ground up, and eventually became a computer assisted design planner for MacLean Hunter Cable TV and then Rogers Communications in 1994. In 2000, he founded the Talbot Creek Metal Works business at his farm in Shedden, Ontario, creating artistic metal designs. Tim and Susan moved back into London in 2012.

His interests included launching model rockets, racing go-karts; birdwatching, adventures in nature, and anything that allowed him to be a kid at heart. He had a love for aviation and achieved his private pilot license through St. Thomas Aviation Inc. at the St. Thomas airport.

A brave and kind man, with quick-witted humour, Tim would often tell us, “Don’t wait, life goes faster than you think”.

A wonderful uncle, who loved to impart fun and unexpected adventure, he reluctantly leaves behind many nieces, nephews, grand- nieces, and grand-nephews. Tim was predeceased by his father James “Jim” Vollbrecht (1984) and mother Dorothy (Burch) Vollbrecht (2007).

Cremation has taken place, and a private family gathering will happen at a later date. Our sincere thanks to the staff and physicians in the Acute Medicine Unit at Victoria Hospital and the LHSC Family Medicine and Palliative Care Program.

For those who wish, please consider a donation in memory of Tim to any of the following charities: Heart and Stroke Foundation Canada, Canadian National Institute for the Blind, Canadian Cancer Society, or London Health Sciences Foundation. Online donation and condolences at: https://woodlandcemetery.ca