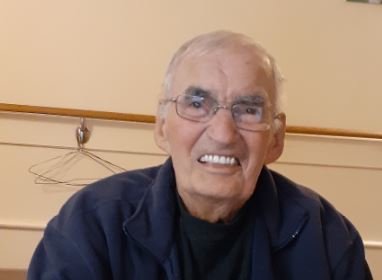 Passed away peacefully on October 14, 2020 at the age of 84. Predeceased by his loving wife of 45 years, Sheila (2006). Cherished father of Kim. Devoted owner of his little dog and faithful companion, Sasha. Survived by his brother John. Predeceased by sisters Marilyn, Karline, Alice, and Frances.

Len was born on the family farm in Pearce, Alberta. He attended the University of Alberta and received a Bachelor’s Degree of Science. He later received a Master’s Degree of Science at McGill University in Montreal. Len was a dedicated Pfizer employee for over 30 years and known for his very strong work ethic. He was the manager of regulatory affairs in the animal health division. Len was a friend and mentor to his colleagues.

When attending his sister’s wedding in Hamilton, Ontario, Len met Sheila and it was love at first sight. They were married in 1960 and eventually moved to Montreal, Quebec where they lived for over 30 years before moving to London, Ontario. Sheila, Len, and daughter Kim were a very close family and went on several travel and sporting adventures together.

Friends remember Len at Lac Simon where summers were spent camping, boating, and water skiing. Len and Sheila were also very active members of the Glenmore Curling Club. Len loved participating in and watching all sports. He was a lifelong fan of the New York Rangers.

Len will be greatly missed by his family and friends. He was known by others for his generosity, kindness, and quiet nature. He was remembered by many as “a good man.”

One of the countless life lessons he taught his daughter, her biggest supporter, came from these words he spoke and modelled every day, “If something is worth doing, do it right!”

A Private Family interment will be held at Woodland Cemetery on Saturday October 24, 2020.