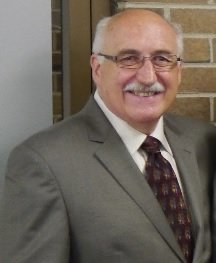 Philip Andre Szalich was born to Rose Szalich and Frank Szalich in Montreal, Quebec on April 25, 1950. He grew up and was educated in Montreal where he attended Nesbit Elementary School, Rosemount High School and McGill University from where he graduated with a Bachelor of Commerce with a major in Marketing.

Philip Szalich passed away April 25, 2017 at Victoria Hospital, after a valiant battle with cancer. Philip is survived by his wife, Rosemarie, his sons Carl (Amanda), granddaughter Makenzie, and Paul(Kim) granddaughter Lilliana; his parents Rose and Frank Szalich, his sister Karen Spinali(Santo) and nephews Daniel and Alexander Spinali; his cousins Frances St. Louis(Szalich), Brian Heinz and Sandra Rosenberger(Heinz) and their families. He is also survived by his mother-in-law Sonia Becker and their families and his adopted aunt Henriette Behrer.

Phil spent the majority of his life working for Cargill Grain in various departments, from trading lake freight to managing the elevators and mills in Ontario, and as an analyst for best practices. He was known for his fairness, honesty and compassion towards others as well as his business acumen.

He retired shortly after his first bout of cancer and for several years acted as a business consultant at which he was very successful and quickly recognized as in “industry expert”.

He enjoyed sailing on Lake Huron in the “Blue Parrot”, walking his dog, Moustache, and doing a variety of wood working projects. He and Moustache visited with countless individuals over the years as a team for the St. John’s Ambulance Pet Therapy Program. He travelled to every continent on the globe, but he enjoyed the circumnavigation of South America and the river cruise of the Christmas markets in Europe the most.

His pride and joy was always his family, whom he loved unconditionally and was always there for, especially when it came to “home renos” with his boys. He was overjoyed upon the birth of his granddaughters, even though he was only able to spend a short time with them.

Philip will be sadly missed by all whose lives he touched.  We will carry many cherished memories of him in our hearts and love him forever.

Cremation has taken place. Online condolences may be left at www.woodlandcemeterydirectcremationcompany.ca. If desired, donations may be made to the London Regional Cancer Centre (Multiple Myeloma Research), or St. Joseph’s Hospice.