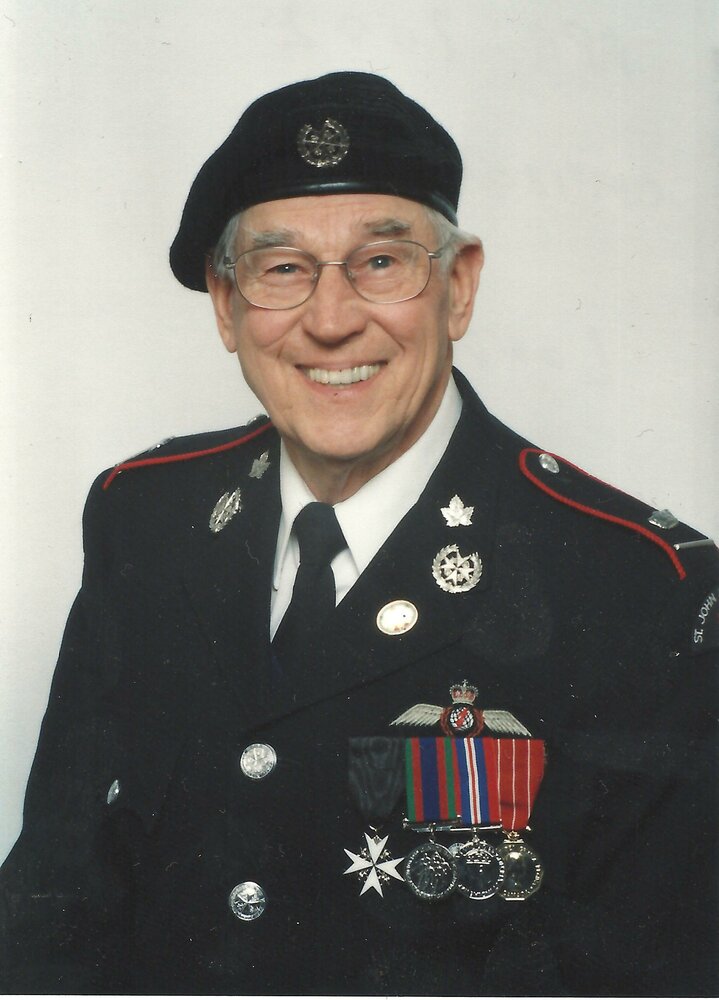 It is with profound sadness that we announce the passing of Dr. Brian E. Maxwell at St. Joseph’s Health Care, Parkwood Institute, Veteran’s Care on September 27, 2022, in his 100th year. He died with his wife Louise, son Ron, and his daughter-in-law Virginia at his side. He was father to Katherine Thomas (Ross), Nora, John (Jin-Sun), Molly Pearce, Brian Jr. (Patricia), Ron Chilelli (Virginia), and predeceased by Maureen. He is predeceased by his parents John and Molly Maxwell. Brian had 11 grandchildren and 4 great grandchildren. He felt honoured to have wonderful in-laws, including Emilio Bernardo, Theresa Muto (Dennis Turmaine), and Mary Rodenhurst (Melvyn Vetero). Brian is also predeceased by his father and mother-in-law, Vincent and Luigina Bernardo.

Brian led a fascinating and intrepid life and did it ``His Way”. During World War II, he trained as a navigator and received his wings. In the early fifties he travelled the world by cargo ships. He made his way to Northern Rhodesia, now Zambia, where he managed the reconstruction of a dam that was about to collapse. Afterwards, he obtained a Ph.D. in zoology in New Zealand at the Victoria University of Wellington. When he returned to Canada, he completed medical school at the University of Saskatchewan. Since he was adventurous, he went to the Canadian High Arctic. He was the first doctor to live there full time, for two years. There, he discovered the first known Neo-Natal Cold Injury case in North America. When he came back to the south, he received a Flight Surgeon Diploma at the Institute of Aviation Medicine in Toronto. Brian felt that he wanted to study more medicine and later completed a residency in Internal Medicine at Sunnybrook and Toronto General Hospitals. Always the adventurous intrepid man, he worked in Saudi Arabia in the early eighties for four years in Tabuk and Khamis Mushayt. He was honoured to provide care for members of the Royal Family. He even had the privilege to be present for the King of Saudi Arabia and King of Jordan while they opened a new hospital in Jeddah.

His other works included medical practices in Duncan, BC, and Sault Ste. Marie, ON, where he was the chief of medicine. In his later years, he worked as a physician at WSIB for London and area.

Brian was invested in the Order of St. John Ambulance by Canada’s Governor General, Romeo LeBlanc, in 1997. Then in 2002, he was also invested by James K. Bartleman, Lieutenant Governor of Ontario. These honours were for his commitment as a volunteer Corps Surgeon. He was granted a lifetime membership in the Order of St. John Priory of Canada in 2003. He received the Canadian Forces’ Decoration for military service which he was very proud of.

Brian with unsurmountable energy was a freemason, Master of two lodges, a Shriner, and involved in Scottish Country dancing.

Thank you very much to the wonderful care given by all the staff , nurses, PSWs of the Veteran’s Care Dr. Michael Weingert, Dr. V. Chawla, and Dr. L. Chung.

In lieu of flowers or donations please do a kind deed for someone in need.

Share Your Memory of
Brian
Upload Your Memory View All Memories
Be the first to upload a memory!
Share A Memory