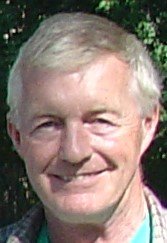 Peacefully, after a short illness, Conrad Kristian Odegaard, on Sunday morning, June 30th, in his 75th year. Conrad is mourned and deeply missed. He leaves his cherished daughter, Shayna Odegaard-McKay, her husband, Christopher McKay and their sons, David and Iain. Conrad was the dearly beloved son of Eileen Odegaard, and was loved by a large, close family of siblings—Rick, Paul, Jim and Ginny—their spouses (Betsy, Sandra, and Judy Odegaard and Larry Peters), children, and grandchildren, as well as extended family here and in Norway.  He is fondly remembered by Estelle Mill, Shayna’s mother. His father, Kristian Odegaard, predeceased him in 1975.

Conrad was a beloved father, son and older brother and a generous and thoughtful mentor to family and friends. An accomplished swimmer, diver and gymnast in his youth, he is an inductee of the Western University Swimming Wall of Fame. He earned a master’s degree in environmental engineering at Western. Professionally, he was by turns an elementary school teacher, a meteorologist (in Cold Lake, Alberta, Resolute Bay, Nunavut and Churchill, Manitoba) and a small businessman. He co-founded Grains, Beans and Things at a time when eating natural foods was a radical idea, sold the store to family members, then bought it back and ran it for twenty-five more years until his retirement in 2010. In the decade away from GBT, he founded and ran a sprout business, Street Farm Products.

Conrad was an independent thinker who died as he lived, on his own terms. His family is profoundly grateful for the support given him and Shayna by the palliative staff at Victoria Hospital.

Burial will take place in a private ceremony at Woodland Cemetery, Monday July 8, 2019. Condolences can be shared at woodlandcemetery.ca. In lieu of flowers, persons wishing to pay tribute to Conrad are asked to perform an act of kindness.

While we continue to grieve his loss, we plan to celebrate his spirit and his accomplishments at a Celebration of Life, to be held next week.

Share Your Memory of
Conrad
Upload Your Memory View All Memories
Be the first to upload a memory!