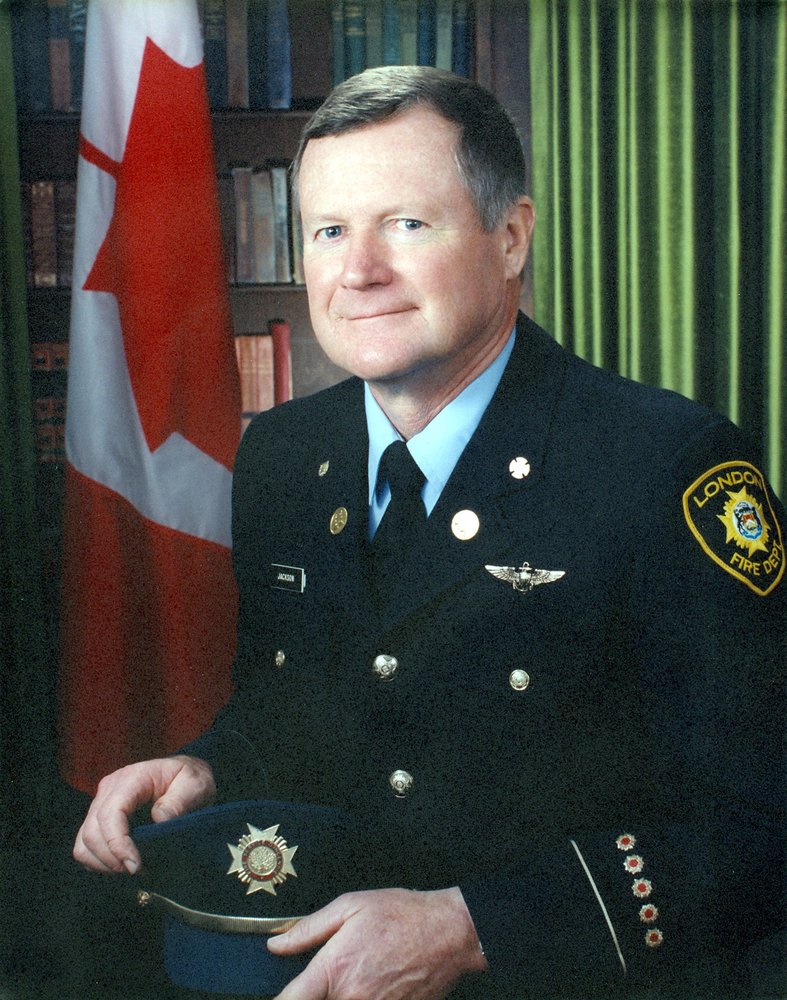 Peacefully on August 12 2021 Retired London Fire Dept Captain Joseph Paul Jackson attended his final alarm.  Joe was born April 18th 1942 in London Ontario.  He is preceded by his mother Christina Mutch, father George Henry Jackson, sister Margaret Jane McMurray, brother Terrance Wayne Jackson and granddaughter Sarah Ann Jackson.  Joe is survived by his wife Vaike, sons Jonathan and Scott and stepson Chris (Jessica), grandchildren Matthew (Kirsten), Melissa (Dylan), Samuel, Beau and Nate, and great grandchildren Illyria, Easton and Addison.  Nieces Katherine, Kelly, Carolyn and Jennifer, nephews James, Kim and Stephen, and brother in law Karl.  Joe grew up in Manor Park and assumed various roles in the church including teaching Sunday School.  He developed an interest in Harley Davidson motorcycles, building homes, racing model cars and skidooing.  Joe worked at Northern Electric until hiring onto the London Fire Dept in 1966 as a Firefighter through to Acting District Chief.  During this time he also took up farming and piloting small engine aircraft.  Upon retirement after 30 years service Joe enjoyed the cottage life and continued  with various building projects for family, friends and neighbours.  If someone needed help, Joe was there to lend a capable hand.  He had a great sense of humour and will be remembered as a wonderful, kind and generous man, father and firefighter.  He loved his family and greeted everyone with a warm smile and big hugs.  He was a true gentleman until the very end.

Special thank you to the staff at Elgin Manor and friends Anna and George.

Share Your Memory of
Joseph
Upload Your Memory View All Memories
Be the first to upload a memory!
Share A Memory