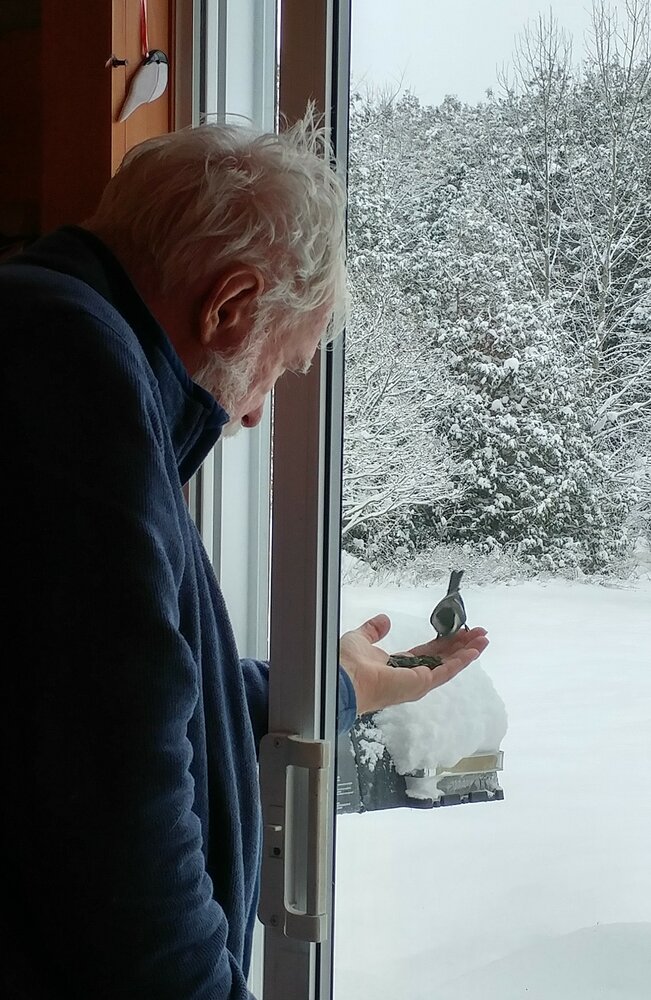 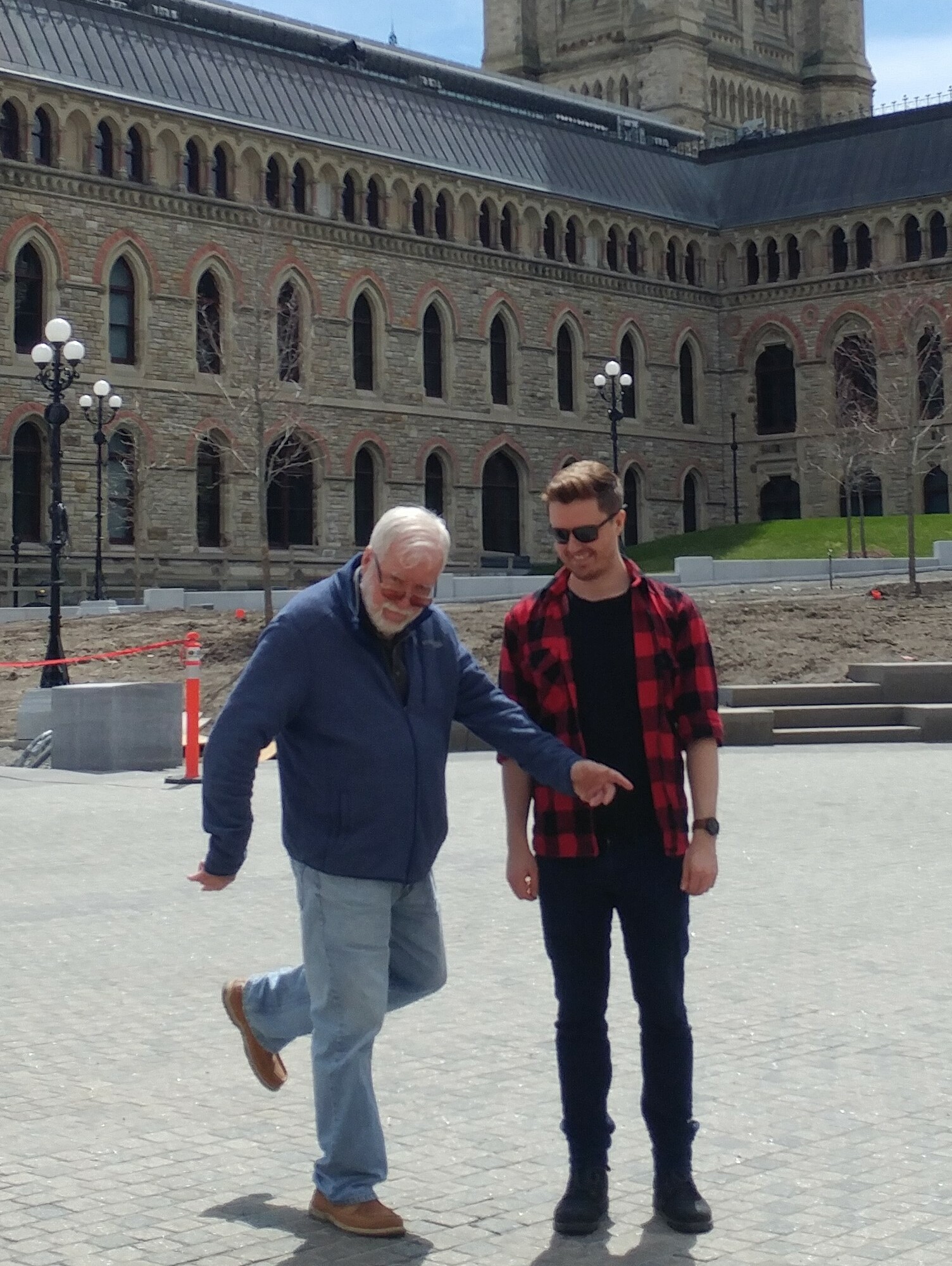 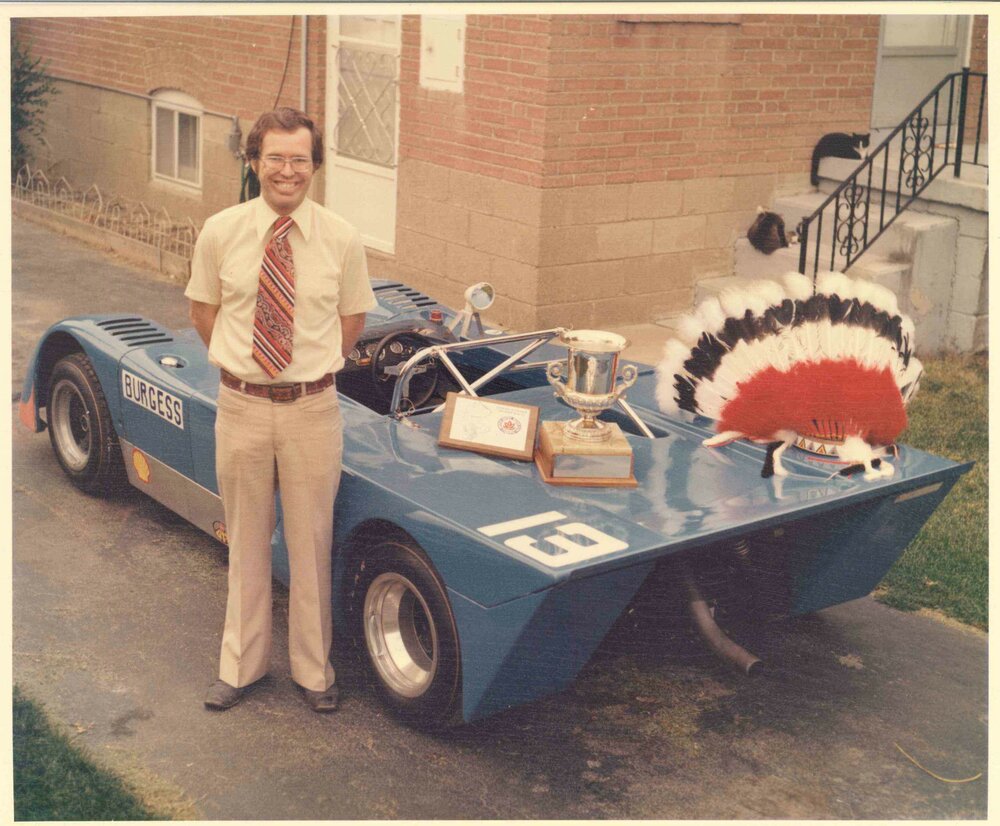 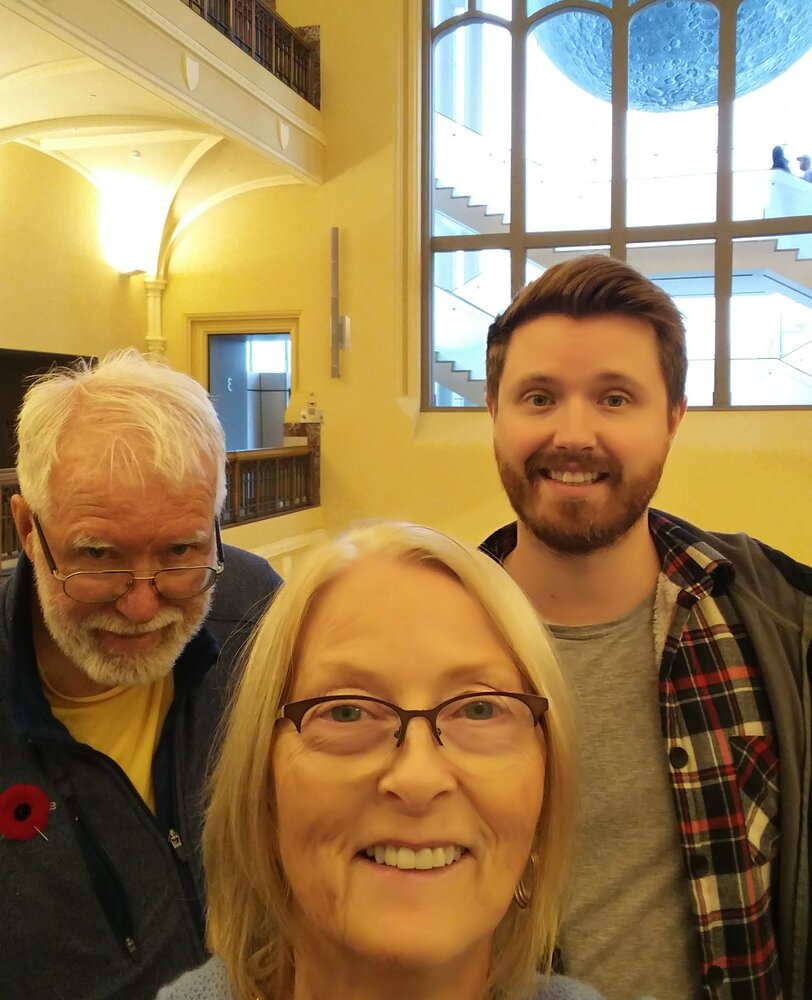 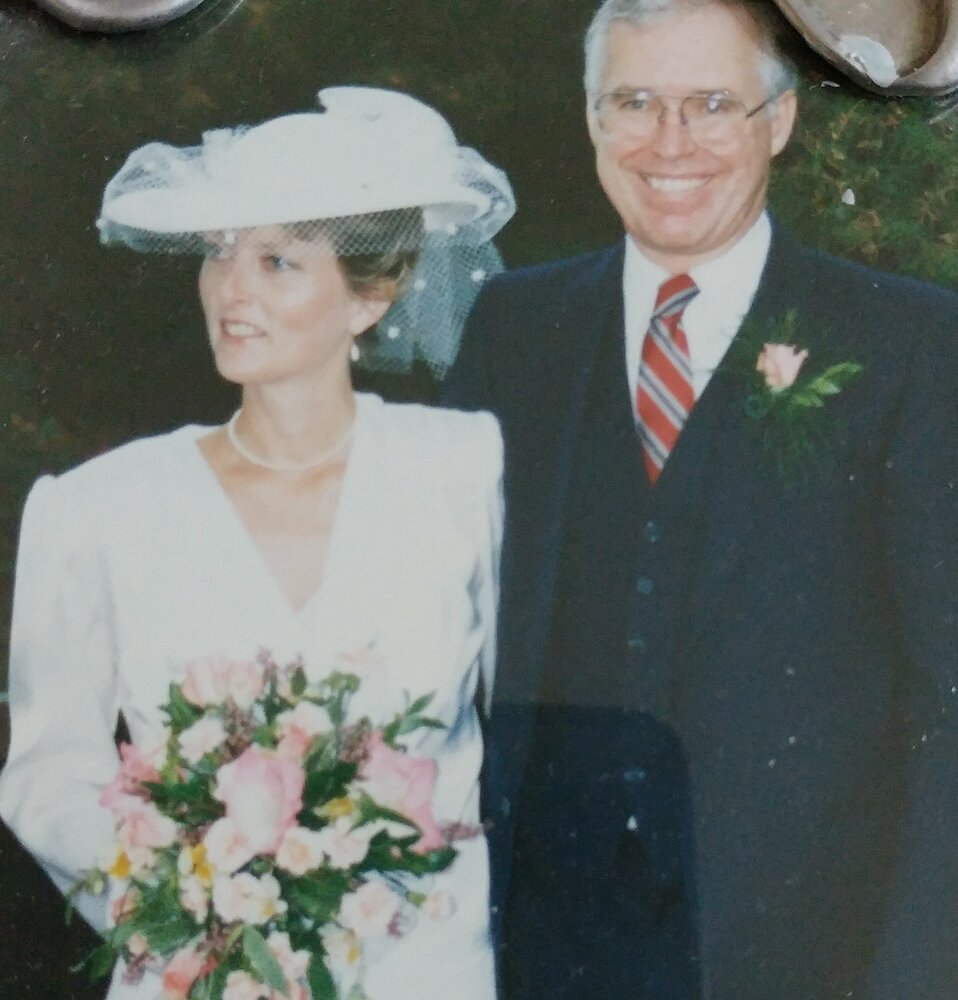 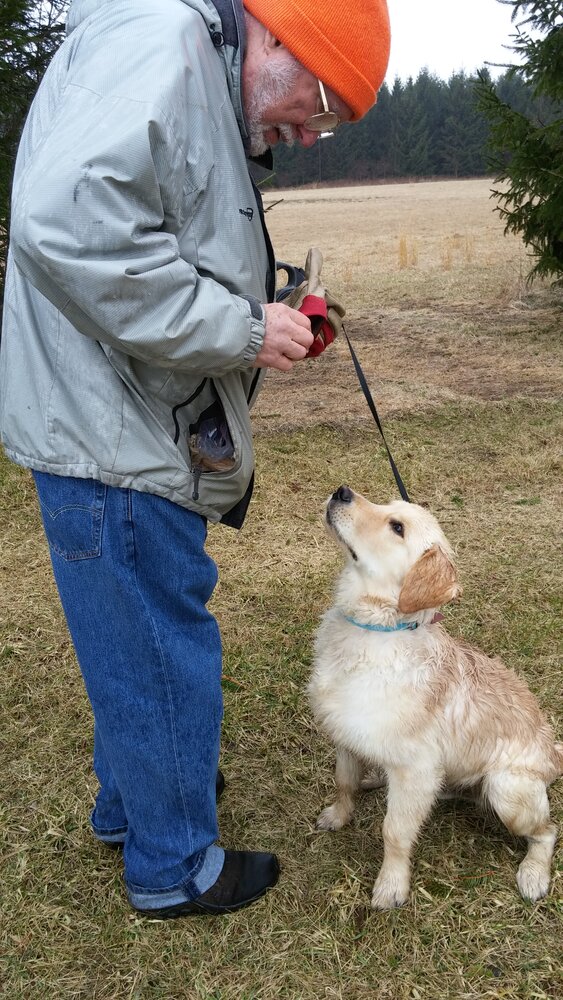 Now Motoring on heaven’s highways, Brian (Budge) took to the skies on October 13, 2022.  He revved his car, with a tear in his eye he raced away, freed from the shackles of his body, which did not respond to him anymore.  He will relish the straightaways and all the “Corner 2’s’ in heaven, thinking of his favourite spot at Mosport.  His smile will spread everywhere. Think of the places he will go; Think of the stories he will share with those who await him.

Brian’s love of stories started when he was young.  Born in Galt, Ontario November 11, 1945, Brian moved with his family to military postings in Belgium, England, Ottawa & Oakville.  He often spoke of Angela from Belgium, the ‘soup man’ who ladled hot soup into family containers from a mobile cart, eating in British restaurants, and much more.  As an avid reader, he easily incorporated wit and humour into his tales.  Brian brought stories to life for his son Michael, by changing his voice for characters, describing scenes eloquently and immersing himself as a story teller. He nurtured a deep love of reading, investigating science, astronomy, history and pouring over sports car manuals.

Brian loved car racing, the camaraderie of an emerging young racing community, and the joy of owning and competitively racing “really neat cars.” As a teen, he ventured into car ownership with a Sunbeam Tiger that, with a few mods, became his first race car. A very rare Shelby GT350R was next, then Chevron 2 litre Can-Am, a March 80A, a vintage Bobsy sports racer and finally another of his favourite makes, a Chevron S2000.  He absolutely felt the call of the track, the people, B.A.R.C., the meticulous and temperamental nature of the cars, and travelling to races at  Harewood Acres, Mosport, St. Jovite, Watkins Glen, Mid-Ohio and even as far away as Laguna Seca and Riverside in California.  Brian introduced his brother Seann, to the racing scene and another racer was born.  Seann then encouraged his sister Susan, who also felt the lure of the track in her blood.  The thrill was there.  Whether racing on road tracks or ice racing, Brian was sharing and learning more about his beloved car racing sport.

During his racing journeys, Brian was also a lifetime IBMer.  He enjoyed countless great friendships with fellow “Lifers,” and putting his best foot forward while representing his company. He gathered art pieces which introduced him to a new world – artists and their passions – and worked on a high profile IBM Art Gallery project for many years   As a Project Manager for Assistive Devices, Brian demonstrated a ‘talking’ computer long before that became mainstream and the internet was just an idea, but he longed to be on that new frontier.  The World Wide Web, desktop computers, IBM Art Gallery installations, many trips across Canada & the globe, all led Brian to see the future unfolding.  His world was expanding so he kept reading, learning and seeking out new adventures.

Leaving Nobleton and the GTA for a Southwestern Ontario farming area was a huge adventure, which Brian dearly loved.  Describing his move as “Building a new life in Retirement,” Budge Burgess wrote an article for IBM’s inTouch magazine.  He extolled the joys of his farm;  being on a migratory bird path, encouraging birds to eat from his hand; the speed and agility of humming birds (they were racing enthusiasts!); deer, eagles, coyotes, foxes it was a whole new world and all in his backyard.  Trekking through his forest, listening to the waves crashing, accompanied by his family & trusty 4 legged  companion brought him immense joy and new friendships.  And more great stories to tell.

Brian loved his family, his friendships, car racing, IBM, and his farm.  Throughout his life, he read and learned continuously, creating meaningful discussions on any topic.  He listened to classical music while working in the garage, coached his son’s soccer team and had a guest teaching spot describing the Milky Way at his son’s school.  He was Santa to a local skating club, helped with Nobleton’s Santa’s Breakfast by making countless pancakes and took his wife and son to Thermopylae, Greece to show them where democracy started.

Brian was relieved as he “shuffled off this mortal coil” and revved his engines for the stars.  He wanted to kiss his wife Deborah, hug his son Michael, and give a pat to Murdoch to say goodbye.  He sent farewells to Brother Kerry (& Judy), Sister Gail, Brother Seann (& Carole),  plus nephews, nieces, cousins and many friends.  Brian will now share his stories with his predeceased family:  parents, Frederic and Dorothy and step-mum Grace, meet again with his sister Susan, and parents-in-law, Harold and Elizabeth McInerney.  He will play with many furry friends when they greet him. The checkered flag has waved him on.

Brian and his family would like to thank the caring and compassionate staff at Elgin Manor- Orchard Grove wing, St. Thomas &  Dr. Derek Vaughn, Physician, Dr. Elizabeth Finger, Neurologist, Frontal Temporal Dementia, Dr. Rokhsana Mortuza, DECBB and Dr. Mandar Jog, Neurologist, Parkinson’s Disease.  There are many who made Brian’s final days comfortable, giving his family support and showing considerable kindness.  Further to his wishes, Brian donated his Brain to Frontal Temporal Dementia Research: Brain BioBank in the hope to improve conditions for future generations.  Cremation has taken place and a Celebration of Brian’s Life is expected in summer 2023.

In keeping with Brian’s wishes, donations may be made to:

Share Your Memory of
Brian
Upload Your Memory View All Memories
Be the first to upload a memory!
Share A Memory