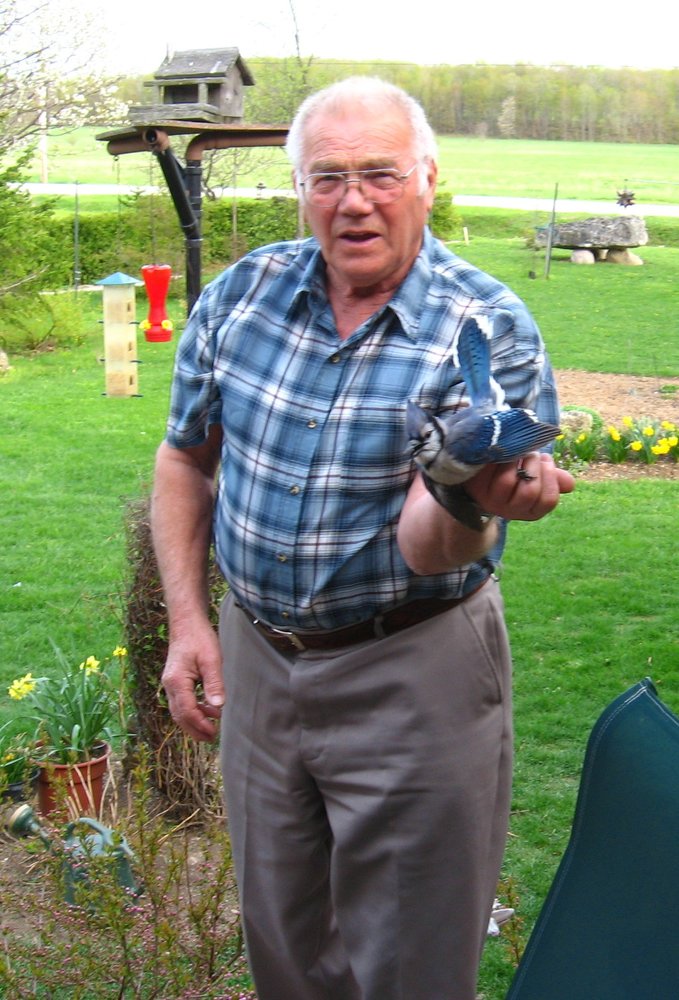 With heavy hearts we announce the passing of Poul Larsen on Saturday November 9, 2019, in his 93rd year. Born Denmark on August 25th, 1927. Poul is survived by his wife Colleen and his children Hanna, Arne, Peter, Tom, Jack, Karen, Liza and step children and grandchildren. Poul is survived by his brother Gunner in Sweden, sisters Aase, Lydia and Inge in Denmark. Poul is predeceased by his father Ole and mother Julie, his brothers Martin and Christian, sister Else, daughter Lillian and grandson Zachary.

Poul was born in Denmark and immigrated to Sweden after the war. He arrived with his wife and 2 children in London Ontario on Saturday of the July 1st long week staying at the Hotel London until Tuesday as everything was closed Sunday and Monday. His work permit was filled out as a bricklayer’s helper, but due to a misunderstanding his first job he was sent out to was as a bricklayer. He then proceeded to quickly learn the trade of bricklayer/stone mason. There are many fine examples of his brick and stone work in and around London. He enjoyed life, always taking the off beaten track while travelling, and enjoyed interacting with people from different cultures and back grounds. Poul was commonly know as Mr. Happy

As per Poul’s wishes cremation will take place and a celebration of life will be held in the spring. We would like to thank our family and friends for their thoughts and prayers over the last few months. We would also like to thank the nurses and staff at Victoria’s palliative care and Parkwood and staff at Earls Court Lodge.

Memorial donations can be made to Alzheimer Society Canada https://alzheimer.ca/en/Home or a charity of your choice.

Share Your Memory of
Poul
Upload Your Memory View All Memories
Be the first to upload a memory!